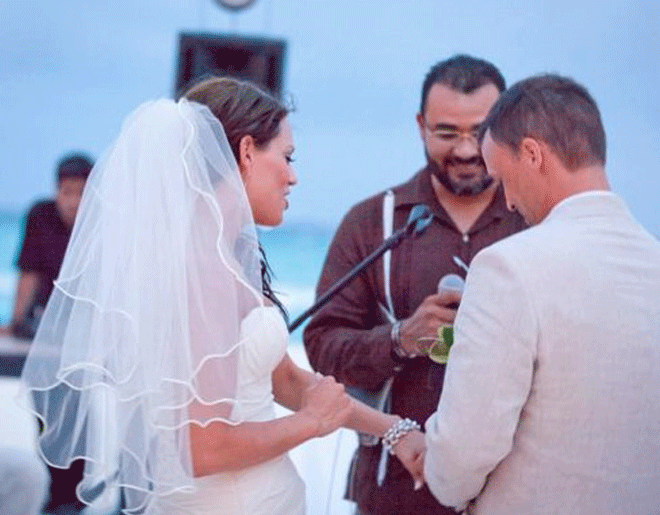 Known as a hard worker, Christian started in the tourism industry at age seventeen, acquiring experience and growth in his career. He attained several positions in the operation of hotels but mainly in the area of sales and marketing, where he has a strong affinity for working with groups, conventions and special events (weddings). He became Vice President of Groups and Incentive Sales for a well known large hotel chain. This required him to move to Miami Florida; taking him away from his family and the church.

Pastor Chris had previously taken the role of preaching Pastor at his church, and after a year of going back and forth from Miami to Playa del Carmen, God made obvious the calling He had given him since an early age. Christian recognized that the most important thing in life is his relationship with God and his family, therefore he quit his job in Miami and returned to Playa del Carmen and became a full time pastor for the church where he was born as a christian.

I tried to clone myself

Due to the high demand of weddings requisting Chris’s services, he then took on the task to hire and personally train professionals with a high passion for celebrations and a desire to become a part of a greater lifetime moment.


"Remember, it all revolves around the moment when you and your sweetheart are declared husband and wife, so make sure it represents what you dreamed of, and I am here to help you."

We just returned from our intimate wedding in Cancun. Pastor Carballo truly created the most memorable and intimate ceremony, it was exactly what we dreamed of. He helped make our elopement a more special event by creating a ceremony that reflected us perfectly. It was truly a magical day. I highly recommend Pastor Carballo for helping you make your wedding day more special and memorable event.
Adela & Rob .

Pastor Christian led such a beautiful wedding ceremony for us last November. He asked my husband and I to share or love stories with him, via email, so he was able to get to know us more and thus make the ceremony more meaningful. He was always easy to reach and responded quickly to emails. He patiently listened to my ideas and worked them in with his own wonderful experience. The staff at our resort loved him so much they asked me for his information to use in future weddings. Thank you for knowing how important our wedding day was and making it just perfect.
Michelle & Hugo

Christian Carballo married us in 2013 and we could not have asked for a better person to lead the ceremony. He tailored the service to our personalities and life story and also incorporated our traditions and customs. He is a professional in every aspect in terms of preparation, availability, and leading the actual ceremony itself; but, he is far more than that. We got to know him on a personal level and he made the whole experience comfortable, enjoyable, and spiritual. He is truly a friend after the whole experience and I would absolutely recommend him.”
Sarah & Reza